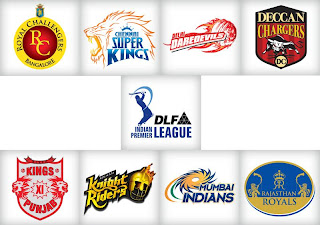 Its that time of the year again! When homework assignments, exam preparations, office reports, television soaps, family discussions take a backseat. Offices, classrooms, malls, streets, markets are deserted in the evenings as their occupants glue themselves to the nearest television around. IPL is back in with a BANG!
In , every season of IPL is celebrated like a 45-day long festival. People pick their favorite teams for cheering them for championship and form their own cricket-team clubs. Mobile phones keep buzzing around with latest score updates. News channels keep rattling on and on about latest happenings and controversies associated with the mega-event. To gain some of the TRPs lost to the IPL, some channels start a new segment related to discussion (which leads to debate and eventually turns into a fight) focused on which team will win the title.
Cricket fever soars over and housing societies and communities start hosting similar t-20 events—their own version of IPL- for kids. Fancy names are given to the teams and the tournaments are played and enjoyed by everyone.
To many of the IPL lovers dismay, last year the event was hosted outside due to general elections taking place at that time. But this time, IPL will be hosted .
The much hyped event will kickoff from 12 April 2010. First match of the season will be played between chargers and kolkata knight riders.
It’s back! The excitement, the euphoria, the glamour, controversies everything is BACK!
Posted by Ankita Gour at 8:17:00 PM No comments:

Email ThisBlogThis!Share to TwitterShare to FacebookShare to Pinterest
Labels: cricket 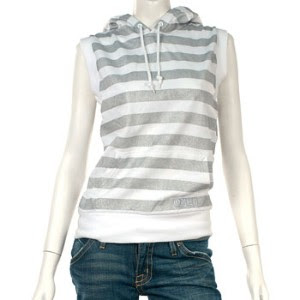 Sleeveless hoodies, especially with stipes is going to be the hottest college trend this spring/summer season. Soft colours such as white, refined soft pink, delicate lilac, sky blue would look good this season.

Sleeveless hoodies can be worn each day to college with a pair of shorts or capris. It can also be worn over different t-shirts or tops to add a little variety.

Hoodies that have a bit of flashy patchwork on them add a touch of glamour to the look and can also be worn to the parties!

image from www.80spurple.com
Posted by Ankita Gour at 6:38:00 PM No comments:


Once upon a time in an old forgotten village there lived a middle-aged man who was extremely lazy. On one particular summer night, he woke up suddenly. He’d just had a nightmare. He tried to get back to sleep but to no avail. He was feeling extremely thirsty. He looked around himself. All his family was sleeping on cots under starry sky. On the cot next to himself was his elder brother. Being the laziest of all, he asked his brother to fetch a glass of water for him. His brother muttered something, rolled over and snored on. He thought that he would have to go inside to have a glass of water himself. Summoning all his strength he got up and went inside.

Moments later his brother woke up. He remembered vaguely that his younger brother had told him to fetch some water. He turned around and saw him fast asleep. Knowing that his brother would have never got up due to sheer laziness he himself made an effort and went inside to fetch some water and have some water himself as well. Inside there was an earthen pot in which water was kept. He noticed that the lid which usually covered the pot was lying aside. It was a strange observation. But being in a sleepy mood he just shrugged it off, filled a tumbler from the pot and drank to his satisfaction. He then filled it with water for his brother, put the lid on the pot and moved his way out. His brother was still enjoying a sound sleep.
He shook his brother violently to wake him up but he refused to open his eyes. Noticing that something was wrong, he kept the tumbler aside and felt his pulse.
There was no pulse at all. His brother was dead. In the dead of the night, under the starry sky, beside the shady tree and surrounded by peaceful, cool night breeze he was sitting beside the corpse of his brother. A weird thought struck him and then he realized something. The truth dawned upon him with such a force that he screamed and fainted.
The next day, the earthen pot which was used to keep water was flung in the river with its lid still closed.
To this day the villagers believe that when the lazy man had got up, he left his body behind. His last wish was to have some water so the thirsty spirit went into the pot and fell asleep (?) there in the pot itself. When his elder brother put the lid on the pot, the spirit got trapped inside.
Till now no one knows where the pot is, with the soul of a man trapped inside…
Posted by Ankita Gour at 6:12:00 PM 3 comments:

Stuff students do while not paying attention in the classroom

2. Playing hangman with the person sitting on the same bench as yours.

3. Doodling on the notebook

4. Planning an escape from the class

5. Silently eating lunch from under the desk

6. Pasting a "kick me!" poster on the person sitting in front

7. Making a cartoon-sketch of the person who is taking the class

9. Writing and sending notes to a classmate

Ankita Gour
I am A deep thinker, a hopeful dreamer, a seeker of inspiration, a well of depression, an avid reader, a book lover, an ambitious pursuer, a not-so-sincere student, a constant procrastinator, an amateur writer, a recreational painter, a weird personality, a compassionate friend,a hopeless romantic, a sensitive girl, an emotional being, a defiant fighter, a rebel, a tender heart, a lost traveler, a path finder, a silhouette of romance, a sleepy creature, a silent companion, an astute observer, a fragile body, a clumsy comforter, a pondering soul, a unique assemble of thought, feelings, decisions and actions. I am a hundred million other things mixed together and yet, I am only one in this whole wide world. I am what I am and I am proud to be me.